Terahertz Lasers Are About To Have a Moment 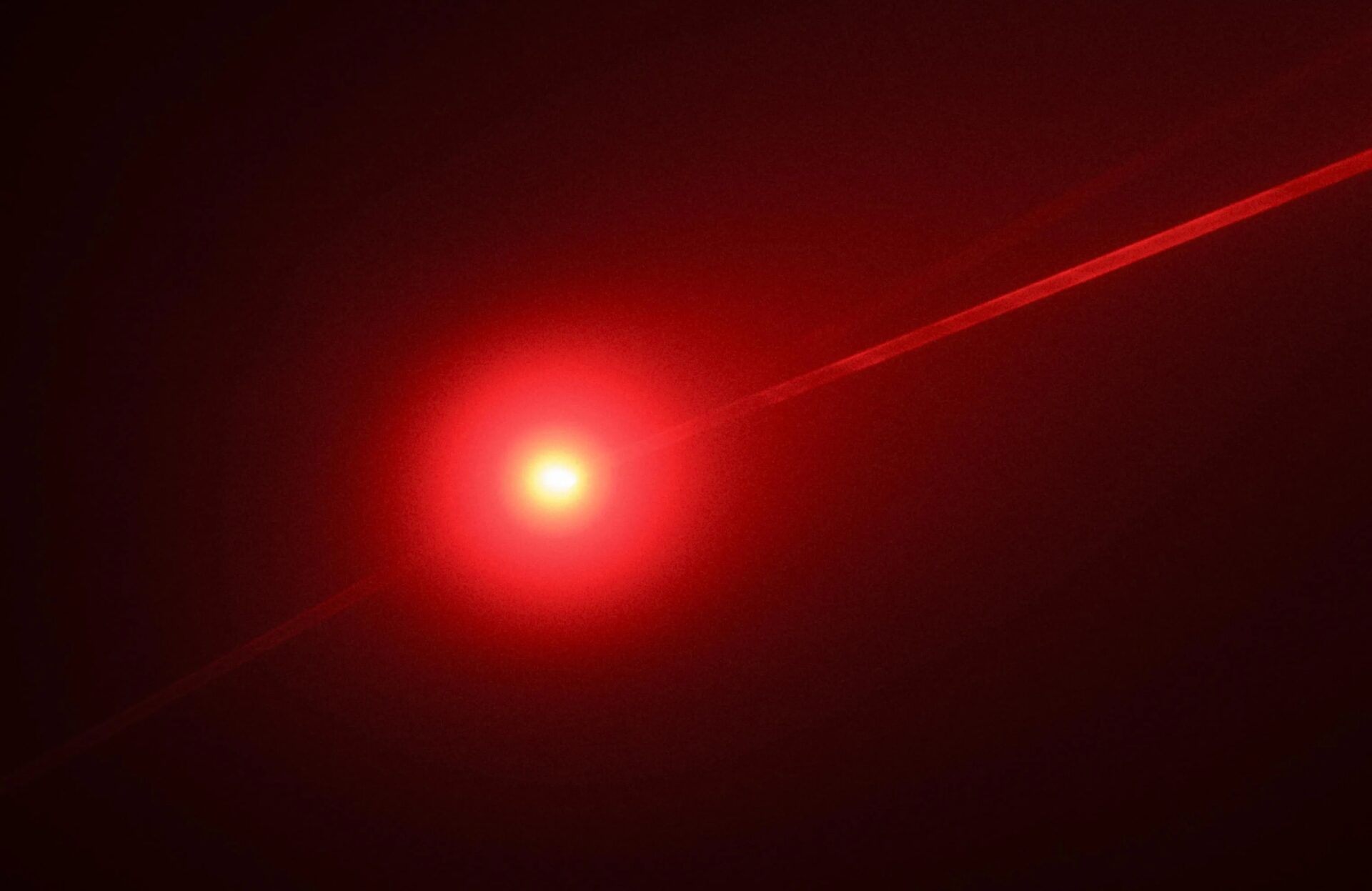 Despite lurking between microwaves and infrared, terahertz radiation is notoriously difficult to tap into for applications because of its peculiar physics. Over the past few decades, frequency tunable sources across this 0.3- to 3-terahertz range of the electromagnetic spectrum have remained elusive to researchers.

“Electronic sources [of radiation] tend to get weaker and weaker as you go up in frequency,” says Henry Everitt of the DEVCOM Army Research Lab, as their material properties limit the performance of devices as one approaches the terahertz region. “So, [while] the microwave region is very mature…when you get up above 100 gigahertz [0.1 THz], power just falls off like crazy.” From the other end, optical sources of radiation (for example, infrared lasers), get worse as one goes down in frequency, again because of material properties. “The terahertz just happens to be the region where both of these techniques struggle.”

As a result, Everitt adds, tapping into the terahertz spectrum needs “to be something more than just electronics or just optics.” In search of a practical source for this range of the spectrum, Everitt, along with colleagues from the Harvard John A. Paulson School of Engineering and Applied Sciences (SEAS), have demonstrated a terahertz laser that is compact, operational at room temperature, and widely tunable—features that earlier sources have struggled with.

Schematic of the experimental setup. A gold-plated silicon wafer was used as a beam splitter to reflect a small portion of the pump beam into the reference gas cell, while the rest entered the terahertz cavity.

A gold-plated silicon wafer was used as a beam splitter to reflect a small portion of the pump beam into the reference gas cell, while the rest entered the terahertz cavity.Capasso Lab/Harvard SEAS

Everitt’s research interest in optically pumped terahertz lasers spans almost 40 years, and back in the 1980s, he worked on making compact molecular lasers. “But we still had this big CO2 laser that we had to pump it with, so it wasn’t portable. But now that we’ve replaced the CO2 laser with the QCL, both pieces are small…. You could put the whole thing in a shoe box.”

This portability is also a game changer, especially given that terahertz frequencies are highly sought after for their numerous potential applications. “I guarantee you that when the terahertz technology matures, there will be a lot of interest in exploiting it,” Everitt says. Applications include high-bandwidth communications and high-resolution radar. “The higher the carrier frequency, the more bandwidth you can put on it…. [With] high-resolution radar…you can get very precise centimeter-scale or even finer resolution.”

There are possibilities of remote-sensing applications as well, Everitt says: “Molecules have very distinctive signatures in the terahertz region that allow you to discriminate species, toxins, chemical agents, things that might be a threat or just simply to monitor what’s going on in a chemical plant.”

There are potential applications beyond Earth as well, such as for radio astronomers. “I think the sky’s the limit,” Everitt says. “The point behind our [research] is to show the universality of this concept, and that almost any molecule that can exist in the gas phase and has a permanent electric dipole moment can be made to lase.”

To turn this proof of concept into a user-friendly technology or device that “doesn’t require a Ph.D. scientist from Harvard to operate,” as Everitt puts it, partners from the industry will have to step in. “The next steps for us are about engineering this into a turnkey system where you just type in the frequency you want and out comes the radiation that you’ve asked for…and the system automatically knows how to tune and optimize performance.”

Back in the lab, there are still a few things that need ironing out. Terahertz radiation can be limited in range because of atmospheric water vapor absorption. But Everitt feels this is a feature, not a bug. For example, crosstalk or interference problems could be limited. “So if you want bubbles of communication, there are bubbles where your radar operates or bubbles where you’re doing remote sensing. Terahertz is actually very favorable, because the atmospheric attenuation prevents the radiation from just going on forever.” [READ MORE]