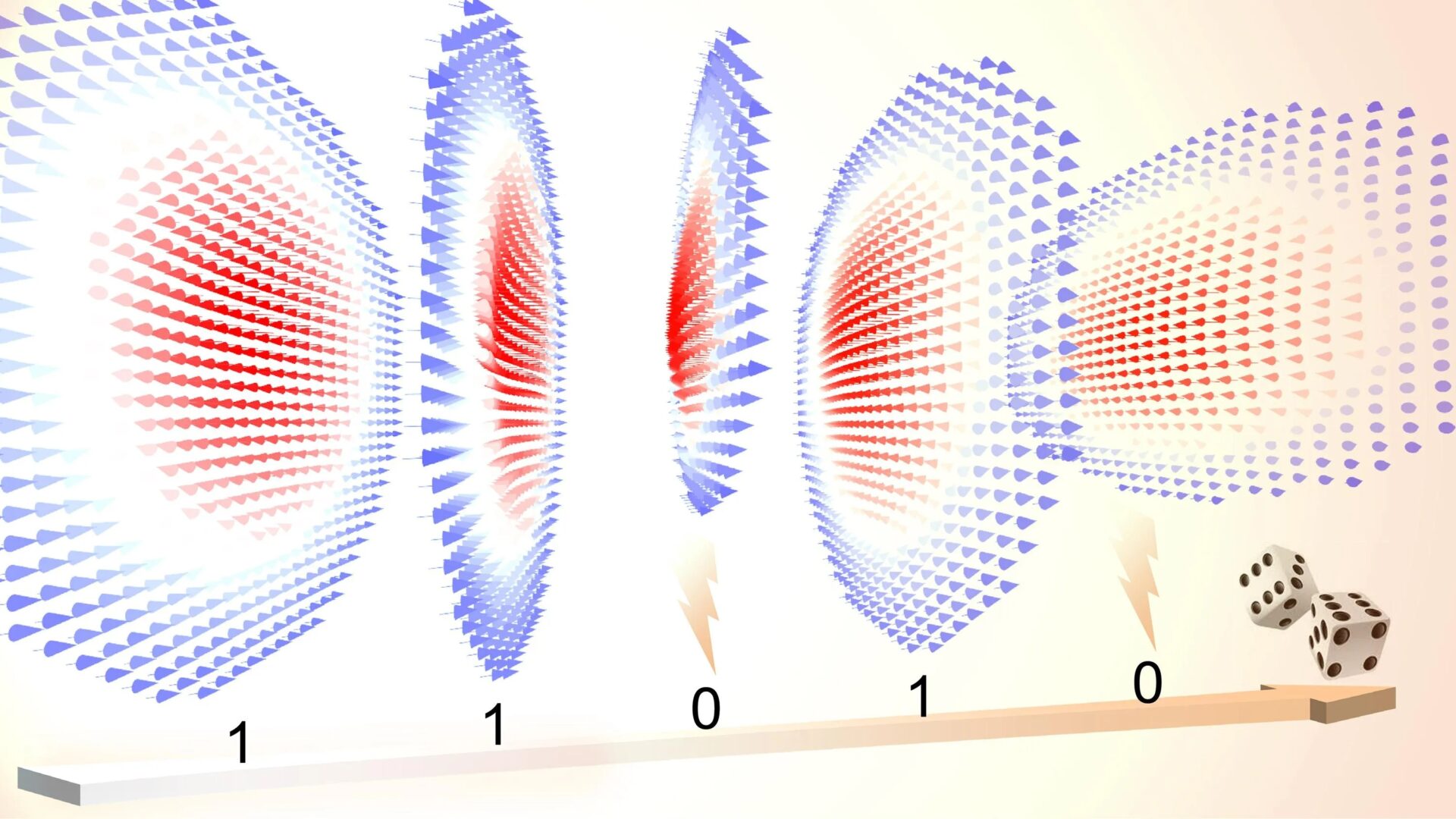 It’s been almost a decade since news items began to appear about something in data storage called skyrmions—tiny, swirling magnetic spin patterns in thin films. These spinning magnetic swirls had been proposed over 60 years ago by British physicist Tony Skyrme—from whom the name derives—but suddenly they seemed a potential game changer for magnetic data-storage systems.

Now a team of researchers at Brown University have found a novel way to use skyrmions for an entirely new application: generating true random numbers, which are useful in cryptography, secure communications, and probabilistic computing.

Skyrmions are generated from electron spins in ultrathin materials. Think of electron spins as tiny arrows representing the particle’s magnetic orientation (or magnetic moment) as it points up, down, or somewhere in between. When some extremely thin, essentially two-dimensional materials are in their lowest energy states, they possess a property known as perpendicular magnetic anisotropy, which means the magnetization orientation has a preferred direction. If you apply electricity or a magnetic field to a 2D material in this state, some electron spins will flip. As a result, the surrounding electrons are jostled around, creating a magnetic whirlpool around the flipped electron: a skyrmion.

While skyrmions once held promise as possible future data-storage media, some complications cropped up along the way. One complication concerns a phenomenon that occurs when you place a magnetic field perpendicular to the plane of a conductor. The current flow in the conductor shifts, creating a measurable change in voltage. And though it may sound arcane, the so-called Hall effect is today the essential element behind some GPS technology, smartphone components, and brushless DC motors. [READ MORE]