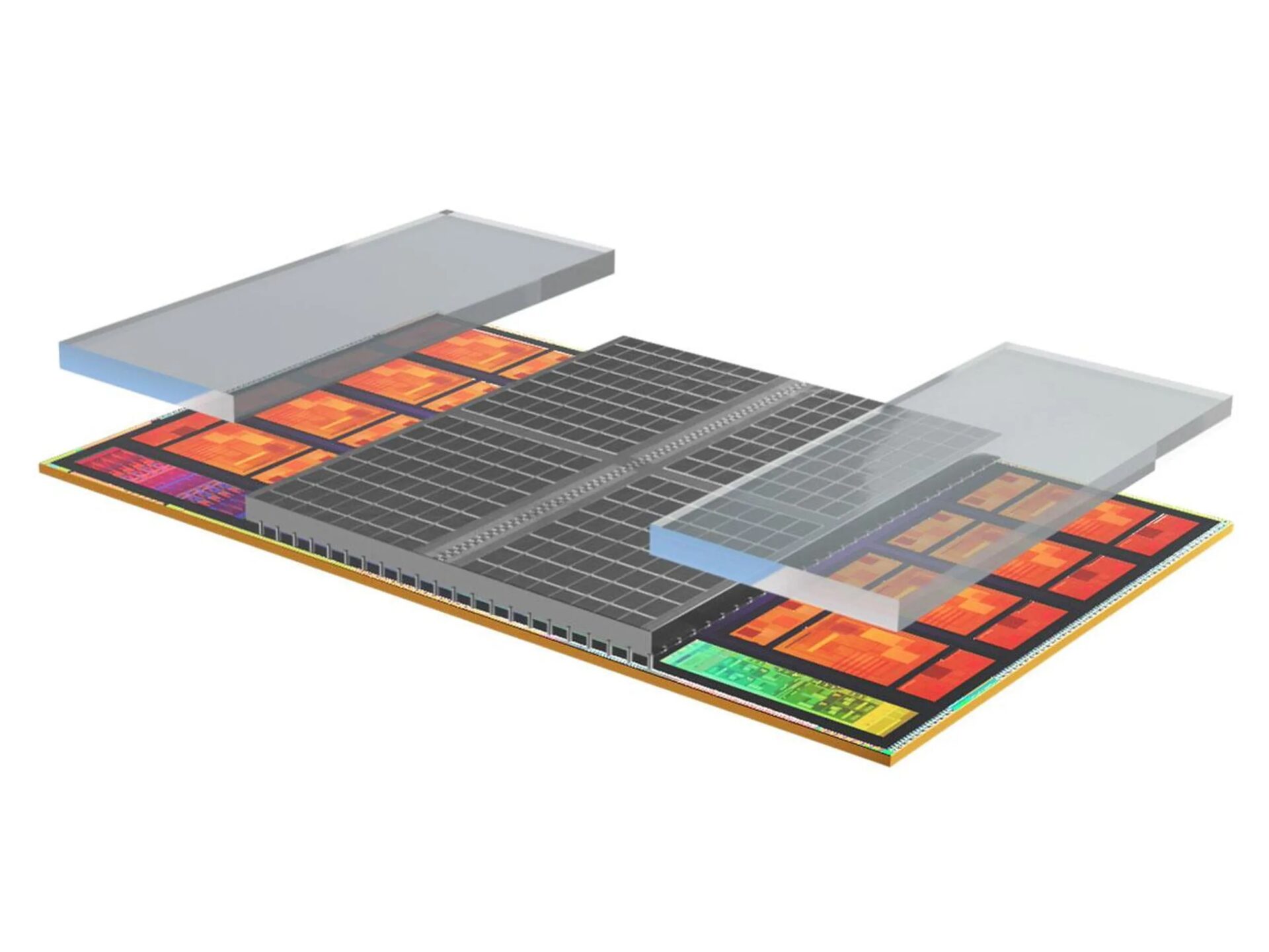 A crop of high-performance processors is showing that the new direction for continuing Moore’s Law is all about up. Each generation of processor needs to perform better than the last, and, at its most basic, that means integrating more logic onto the silicon. But there are two problems: One is that our ability to shrink transistors and the logic and memory blocks they make up is slowing down. The other is that chips have reached their size limits. Photolithography tools can pattern only an area of about 850 square millimeters, which is about the size of a top-of-the-line Nvidia GPU.

For a few years now, developers of systems-on-chips have begun to break up their ever-larger designs into smaller chiplets and link them together inside the same package to effectively increase the silicon area, among other advantages. In CPUs, these links have mostly been so-called 2.5D, where the chiplets are set beside each other and connected using short, dense interconnects. Momentum for this type of integration will likely only grow now that most of the major manufacturers have agreed on a 2.5D chiplet-to-chiplet communications standard.

But to sling truly huge volumes of data around as if it were all on the same chip, you need even shorter and denser connections, and that can be done only by stacking one chip atop another. Connecting two chips face-to-face can mean making thousands of connections per square millimeter.

It’s taken a lot of innovation to get it to work. Engineers had to figure out how to keep heat from one chip in the stack from killing the other, decide what functions should go where and how they should be manufactured, keep the occasional bad chiplet from leading to a lot of costly dud systems, and deal with the resulting added complexities of figuring all that out at once. [READ MORE]