Dandelion-Inspired Sensors Float on the Wind 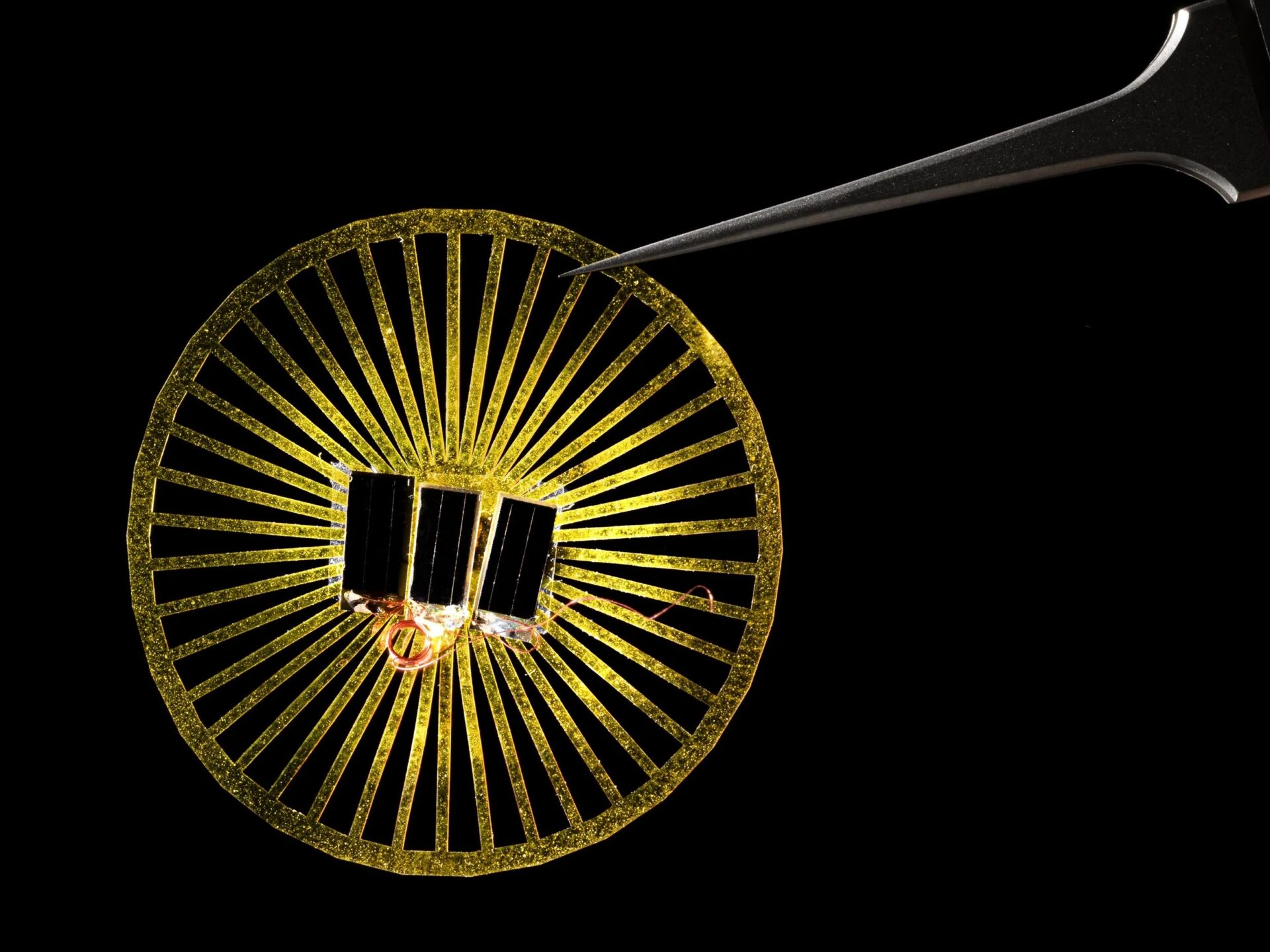 As any gardener will tell you, dandelions are irritatingly effective at spreading their seeds far and wide. Researchers have now borrowed dandelions’ design principles to create wireless, battery-free sensors that can be dispersed on the wind for applications like smart agriculture and environmental monitoring.

The ability of dandelions’ parachute-like seeds to travel long distances is well-known, but it wasn’t until a 2018 paper in Nature that scientists finally cracked the physics that keeps them afloat for so long. The research caught the eye of Vikram Iyer, an assistant professor of computer science and engineering at the University of Washington, who was looking for ways to create wide networks of tiny sensors.

Such networks could help farmers monitor environmental conditions in their fields or allow researchers to remotely monitor sensitive ecosystems. But deploying large numbers of sensors in remote areas can be time-consuming, costly and sometimes dangerous, says Iyer. In an effort to make this process more efficient he and colleagues had already demonstrated the ability to drop individual small sensors from a drone, but they were on the hunt for ways to scale the process up.

“When we started looking into the details of how amazing these seeds are, we realized that this was a great model and inspiration for achieving our goals of dispersing large numbers of wireless sensors,” says Iyer. 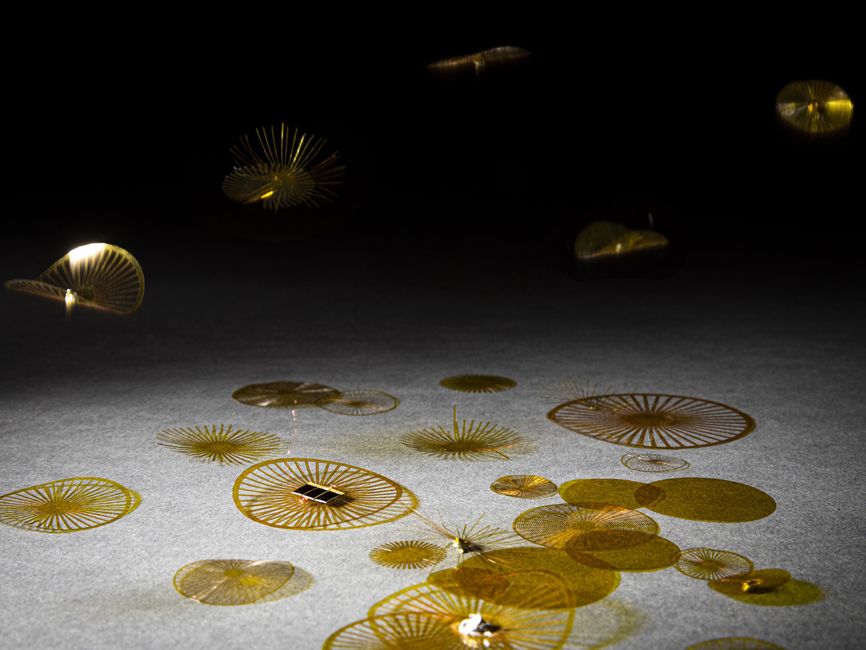 The sensor’s design is inspired by how dandelions use the wind to distribute their seeds.Mark Stone/University of Washington

The key to a dandelion seed’s ability to travel such long distances is the cluster of feathery bristles from which the seed itself dangles. These bristles create drag and significantly slow the seed’s fall, providing time for gusts of wind to carry it far from the parent plant. To mimic these capabilities the researchers designed a tiny parachute-like structure made up of thin strips of flexible polyimide film radiating out from a central hub. The team also added an outer ring to increase the structure’s stiffness, resulting in something that looks a bit like a two-dimensional wagon wheel.

The researchers then hung a tiny package of electronics and sensors underneath, which is built onto a flexible interconnect that allows the entire circuit to be folded up into a roughly three-millimeter cube. In a series of outdoor tests they showed that when dropped from a height of 22 meters the device could be carried as far as 100 meters by the wind. Borrowing another trick from nature, they varied the shapes of each device slightly so that they don’t follow exactly the same path, ensuring more even dispersal.

“This is a very nice demonstration of ultraminiaturized wireless electronics for environmental monitoring, deployed using a wind-dispersal scheme,” says John Rogers, a professor of materials science at Northwestern University. “The results could serve as powerful new mechanisms for monitoring weather patterns, propagation of pollutants, and possibly in the future, pathogens.”

However, keeping the device light enough to float on the wind required some compromises. For a start, it meant ditching a battery, and instead relying on tiny solar panels attached to the top of the parachute-like structure. While these are capable of producing enough electricity to operate all of the key electronics, booting up uses four to five times as much energy. So the team had to come up with a clever power-management system, which uses a lightweight capacitor to store a small amount of power and some extra circuitry that ensures the device only switches on once the solar panels are generating a steady stream of electricity. [READ MORE]