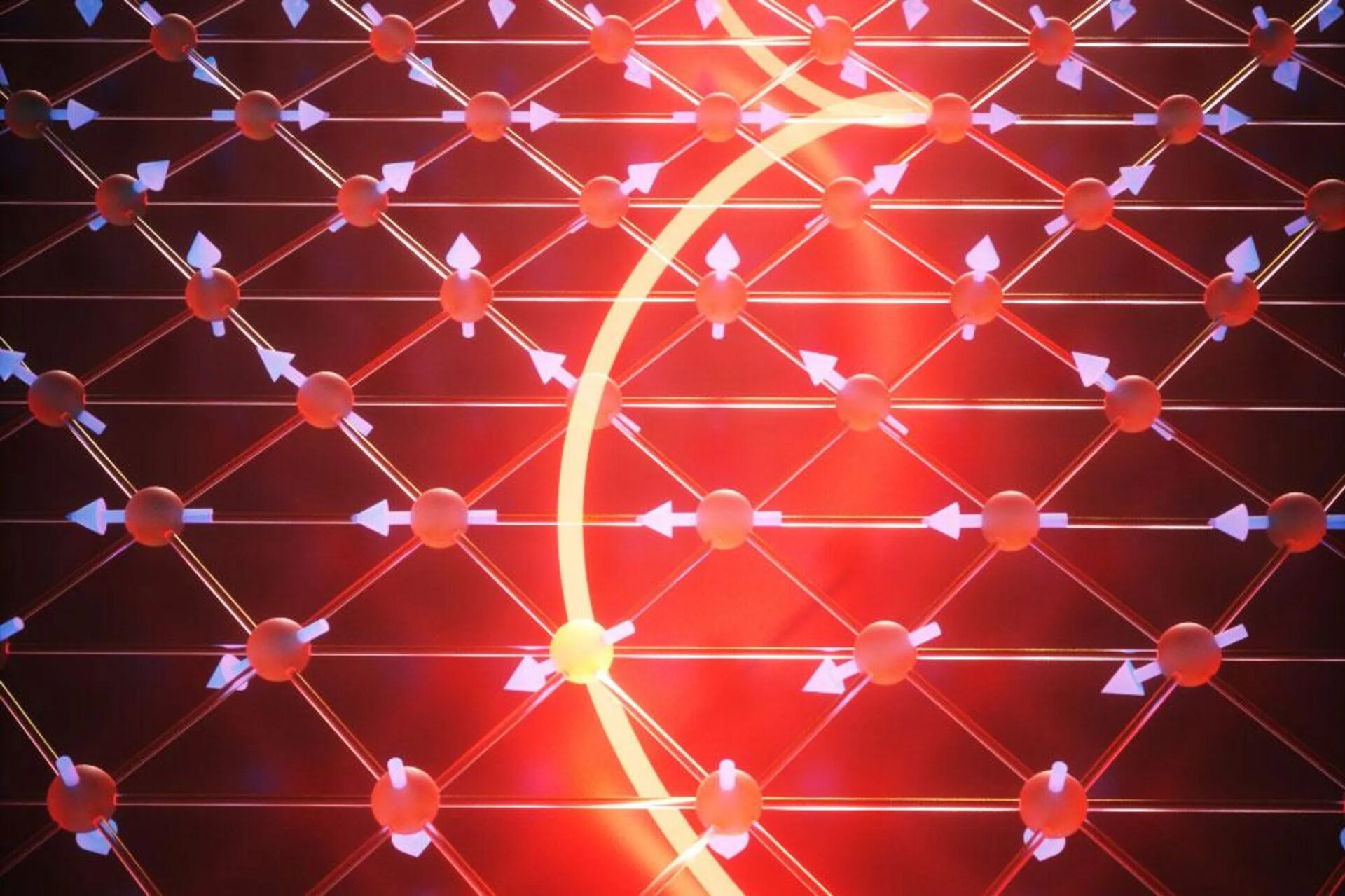 For about a decade, a range of materials known as “multiferroics” has been promising to lead the way to the ultimate memory device, or, at the very least, the ultimate replacement to flash memory. Multiferroics are materials with two or more coexisting ferroic orders, such as ferroelectricity and ferromagnetism. The term “ferroic” is the material property in which a material’s electrons can be collectively switched by an external field, such as switching the orientation of their charge or magnetic spin.

These multiferroics have been developed at labs to serve as room temperature magneto-electric memory devices that can be switched with just voltage rather than current. The aim has been that these materials could ultimately lead to low-power, instant-on computing.

Now researchers at MIT have discovered this exotic multiferroic state in a material that is as thin as a single layer of atoms. Their observation represents the first time that that multiferroic properties have been confirmed to exist in a perfectly two-dimensional material.

“This 2D multiferroic material could be used in electronics, leading to ultralow-power logic-memory devices,” said Riccardo Comin, associate professor of physics at MIT.

Comin explained that traditional logic-memory devices are based on the metal-oxide-semiconductor transistor. A MOS transistor requires around 1 nanojoule of energy per bit to switch its conductivity to store a 0 or 1 bit in the device. A multiferroic device could use electron spin (magnetism), not the charge, to store 0 and 1’ states, and thus no electric current would be required to switch the two states.

The underlying rarity of Type-II multiferroics has been one of the key reasons no one has synthesized a 2D version of them. An additional hurdle is that there are only a few compounds that have the right characteristics for isolating a 2D multiferroics, such as a weakly bonded layered structure. The materials that meet this condition, also known as van der Waals materials, can be thinned down to 2D using a traditional exfoliation method. However, the MIT researchers found that many van der Waals materials were either too chemically unstable to survive in 2D, or the multiferroic transition temperatures were too low to reach.

The researchers did finally settle upon synthetic nickel iodide as the ideal material for a 2D multiferroic, but the team had to abandon top-down production techniques, such as exfoliation, and instead moved to a bottom-up manufacturing technique in which the nickel iodide was grown on a substrate. While the growth process was fairly complex, Comin believes It could be potentially simplified if a different chemical reaction and a suitable substrate for the growth can be found.

“The growth procedure of nickel iodide is somewhat similar to graphene, and it proceeds via a process known as chemical vapor deposition, which can be scaled up to wafer scale now, after optimization,” said Comin

One of the biggest impacts this development will have may be in reshaping the computer memory landscape. Today, the most common hard drives used today are hard-disk drive (HDD) and solid-state drive (SSD). HDDs use a series of spinning platters covered by a ferromagnetic coating to store information, and it can be read and written by a magnetic head. Since all of these pieces are mechanical, HDDs are slower in data operation and bulky in size compared to SSDs, which use the MOS technology. However, HDDs have longer data lifespan, owing to the higher fidelity of the electron spin, compared to charge. [READ MORE]