Med-Tech Eureka: The Body Is the Best Secure Data Channel 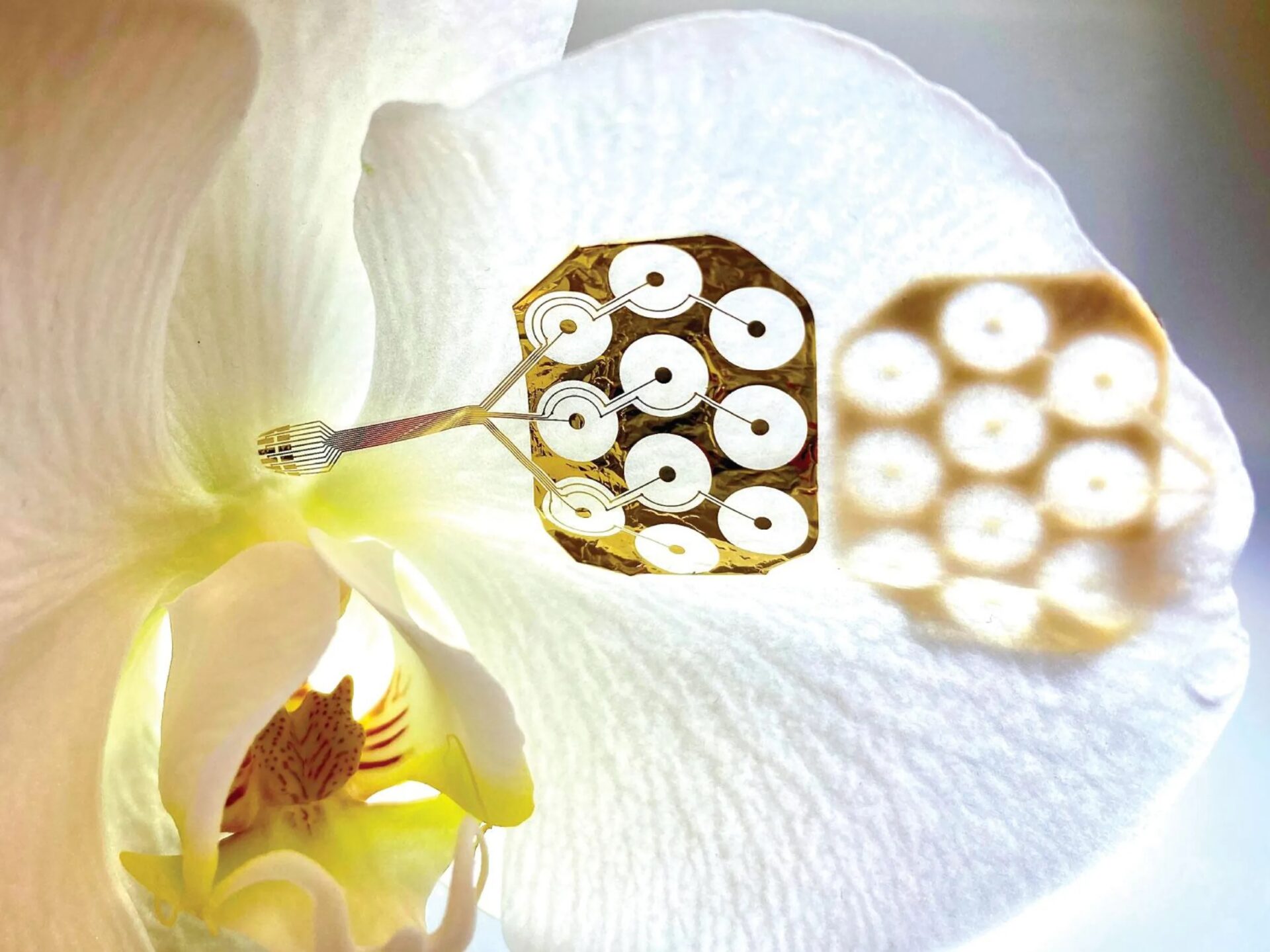 Pacemakers, implantable insulin pumps, neural implants, and other in vivo medical devices all need a way to send their data to the outside world. But ways to do that wirelessly, which would be more comfortable for patients, lend themselves to security risks, biocompatibility issues, and high power consumption.

Researchers have now tapped into the charge stored by the body’s natural ions to transmit low-power wireless data from bio-implants. “The body has an abundance of ions, and we are able to show you can establish long distance and very low power communication,” says Dion Khodagholy, an electrical engineering professor at Columbia University.

Radio-frequency communication is the “go-to option” for wireless data transfer from implantable electronics today, he says. The antennas and other RF circuit components that send signals outside the body are made with rigid materials that don’t conform to body tissue. The RF waves also get reflected and absorbed in body tissue, thus weakening the signal, which limits how deep an implant can be in the body and still communicate effectively. Plus, RF communication poses a security risk: The antennas continuously transmit data, making it possible for anyone nearby to snoop on the signals or hack them.

The new ion-communication method should allow implants to send signals securely through body tissue using low power, Khodagholy says. The simple system, reported in Science Advances, consists of two identical ultrathin, conformable electrodes made of gold foil on a conductive polymer that are placed inside the body. These electrodes serve as the transmitter, while a second set of identical electrodes attached to the skin serve as the receivers.

When the researchers create an alternating electric potential difference between the transmitter electrodes, the resulting movement of the charged ions changes the potential energy stored in the body. This change in turn causes a change in the voltage across the receiver electrodes, allowing them to read the transmitted signal. The researchers were able to use the system to send and decode digital signals at a frequency of 6 megahertz.

The team tested electrodes of different sizes, changed the spacing between them, and changed the distance between the transmitter and receiver electrodes. Bigger electrodes could communicate through simulated tissue models over distances that were comparable to the heart and visceral organs.

As a demonstration, the team created a fully implantable neural interface for rats. They connected a commercial implantable brain electrode to the ionic-communication transmitter electrodes, which they implanted in the rats’ necks. The implanted device transmitted brain signals via ionic communication as the rats ran around freely for three weeks, without any degradation in signal quality.

Because of the signal transmission through ions in the body tissue, the technique needs lower voltages, and hence less power, than RF devices. “Our battery is six times smaller compared to RF transmitters,” Khodagholy says. “We’re hoping to push to even smaller.”

There is no security risk, since there are no unencrypted electromagnetic waves sent out into the air to hack. “With RF you’re continuously transmitting data waiting for the receiver to catch the signal,” Khodagholy says. “Ionic communication is a lot safer because it needs physical contact to extract data. Also, it doesn’t send an analog signal. It’s fully digital information, which can be encrypted.” [READ MORE]