Simple, Cheap, and Portable: A Filter-Free Desalination System for a Thirsty World 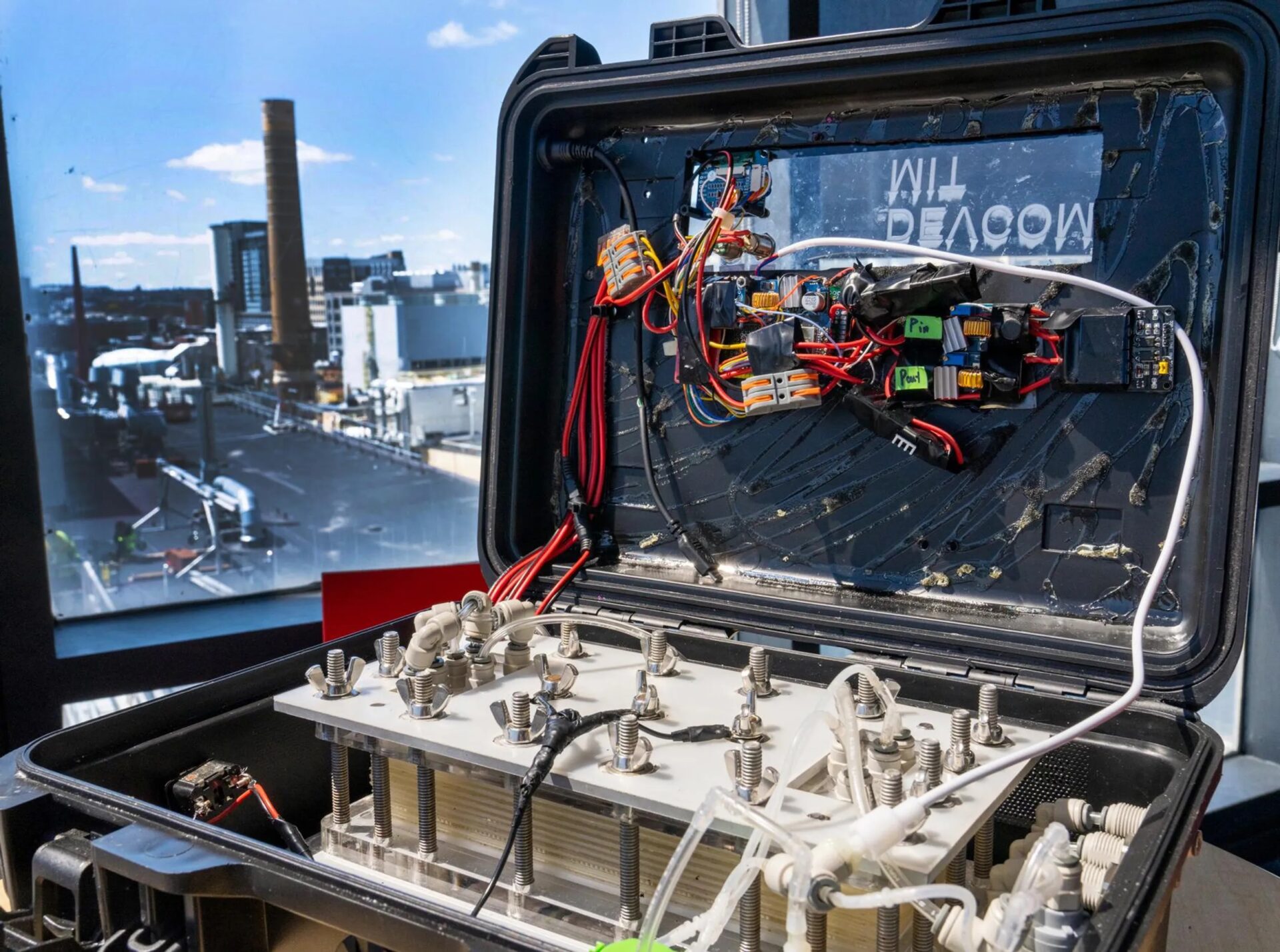 MIT researchers have developed a prototype of a suitcase-size device that can turn seawater into safe drinking water.

According to the International Desalination Association, more than 300 million people around the world now get their drinking water from the sea. With climate change exacerbating water scarcity globally, seawater desalination is stepping in to fill the void. But whereas commercial desalination plants are designed to meet large-scale demand, there is also a need for portable systems that can be carried into remote regions or set up as stand-ins for municipal water works in the wake of a disaster.

A group of scientists from MIT has developed just such a portable desalination unit; it’s the size of a medium suitcase and weighs less than 10 kilograms. The unit’s one-button operation requires no technical knowledge. What’s more, it has a completely filter-free design. Unlike existing portable desalination systems based on reverse osmosis, the MIT team’s prototype does not need any high-pressure pumping or maintenance by technicians.

The MIT researchers described their invention in a paper titled “Portable Seawater Desalination System for Generating Drinkable Water in Remote Locations.” The paper was posted in the 14 April online edition of Environmental Science & Technology, a publication of the American Chemical Society.

The unit uses produces 0.3 liters of potable drinking water per hour, while consuming a minuscule 9 watt-hours of energy. Plant-scale reverse-osmosis water-treatment operations may be three to four times as energy efficient, and yield far greater quantities of freshwater at much faster rates, but the researchers say the trade-off in terms of weight and size makes their invention the first and only entrant in a new desalination niche.

The most notable feature of the unit is its unfiltered design. A filter is a barrier that catches the impurities you don’t want in your water, explains Jongyoon Han, an electrical and biological engineer, and lead author of the study. “We don’t have that specifically because it always tends to clog, and [then] you need to replace it.” This makes traditional portable systems challenging for laypeople to use. Instead, the researchers use ion-concentration polarization (ICP) and electrodialysis (ED) to separate the salt from the water.

“Instead of filtering, we are nudging the contaminants [in this case, salt] away from the water,” Han says. This portable unit, he adds, is a good demonstration of the effectiveness of ICP desalination technology. “It is quite different from other technologies, in the sense that I can remove both large particles and solids all together.” [READ MORE]