The Chain Reaction That Propels Civilization 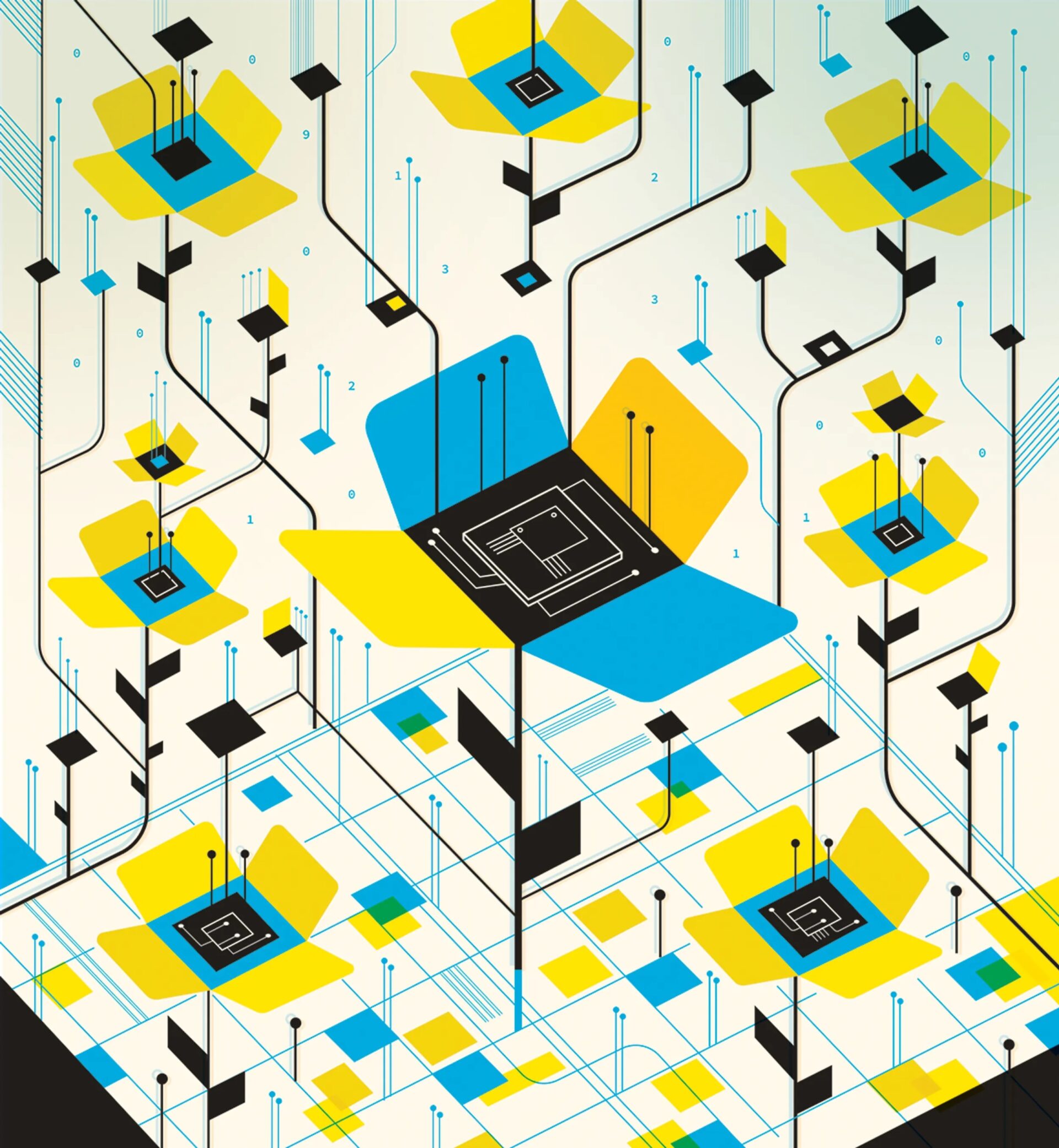 Thanks to the catalytic converter in their cars, most people have an idea of what catalysis is. It refers to a chemical reaction that is enabled, or greatly speeded up, by the presence of one or more other chemicals. A catalytic converter, for example, uses palladium, rhodium, and platinum to convert pollutants like carbon monoxide, nitric oxide, and nitrogen dioxide into water and carbon dioxide.

More than 90 percent of all industrial-chemical processes depend on catalysis. But for living systems, a more important phenomenon is autocatalysis, in which one of the chemical products of a reaction is itself a catalyst for that same reaction. Think of it as a feature that, under the right conditions, allows a chemical reaction to amplify itself.

It is a stunningly powerful mechanism. Life itself depends on autocatalytic chemical reactions—beneath our placid exteriors we are a seething mass of autocatalysis. Remarkably, this same concept, of a system giving rise to a factor that then synergistically enlarges or improves the system, can often be seen in the networks created by human beings. It’s true of social networks, transportation networks, commercial networks, and, especially, communication networks.

In the 18th century, the United Kingdom built a network of canals that enabled, rather suddenly, the delivery of raw materials, coal for power, and access to ports for the finished goods. That, in turn, led to the invention of factories, which set the stage for the Industrial Revolution. Of course, the explosion of industrial activity that ensued was very, very good for the canal network. Here, the factories were the catalyst, spawned by the canal-network system that they then expanded and strengthened.

Fast-forward roughly 250 years, to the 1980s, in the United States. We have various electronic communication networks (the autocatalytic system) and some early personal computers (the catalyst). Personal computers are not yet ubiquitous, but then, in 1989, along comes the Internet, a second generation of a packet-data network that had started out as a communications network for the military and for sharing scarce computer resources in academia. Because the Internet was available to any customer who wanted to pay, the demand for network bandwidth surged and set the stage for the World Wide Web, an easy-to-use information network overlaid on the packet-data network. At last, people had a compelling reason to buy a computer.

The Web soon became a vehicle for commerce, and demand rose even more. Ultimately, we needed to build large data centers as the backend of that commerce system. Then a bunch of folks got the brilliant idea to offer businesses the computational resources, in addition to the storage, of those data centers. Thus cloud computing was born. [READ MORE]