These Transistor Gates Are Just One Carbon Atom Thick 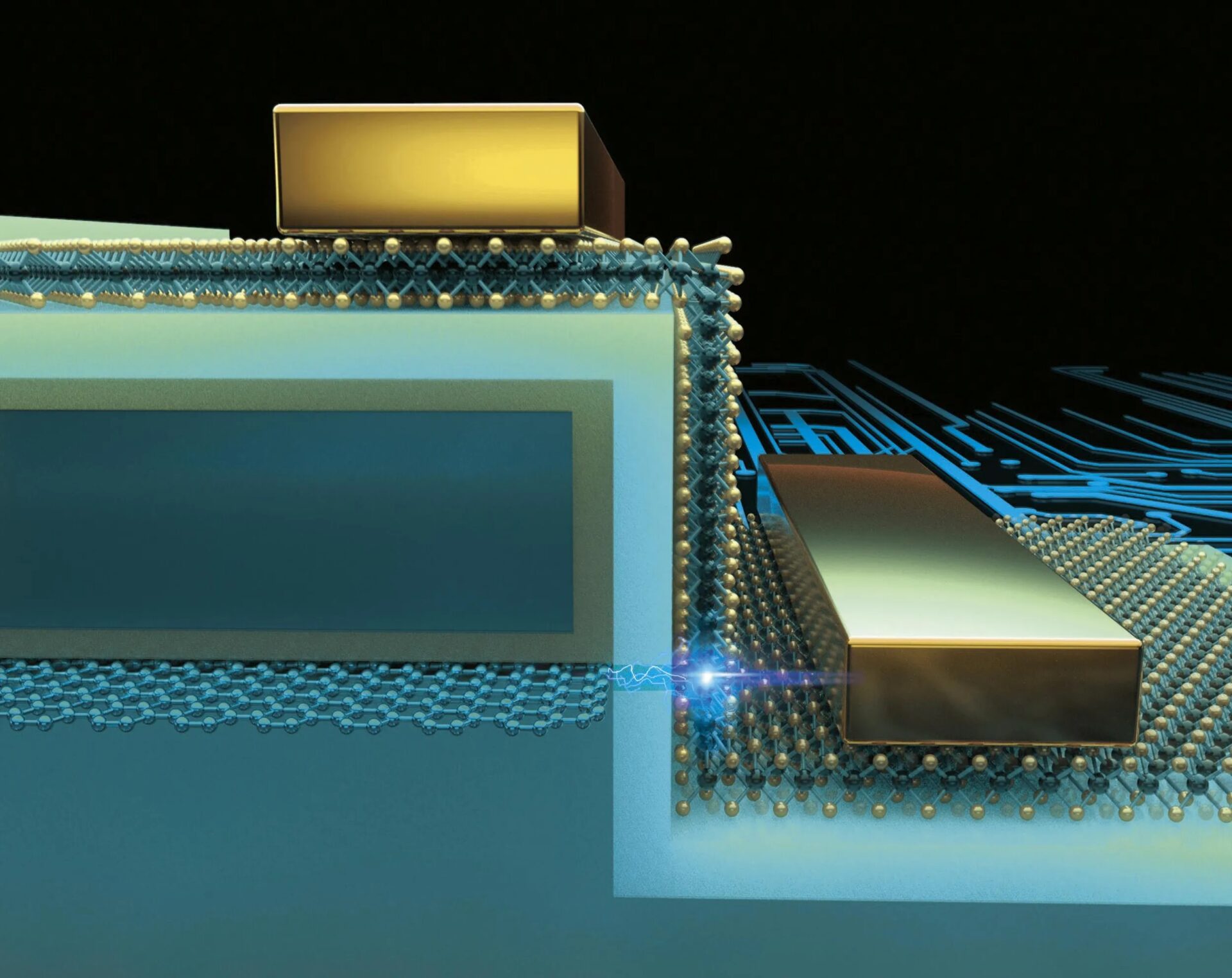 For decades, silicon transistors become smaller and smaller, but they are fast approaching the point at which they can no longer shrink the lengths of their gates—that is, how far current must travel in these devices. Now, by using atomically thin materials, scientists in China have created a transistor with a record-breaking gate length of just roughly one-third of a nanometer wide, only as thick as a single layer of carbon atoms, shedding light on how much smaller—if at all—transistors can possibly get.

In all transistors, current flows from the source to the drain, and that flow is controlled by the gate, which switches on and off in response to an applied voltage. The length of the gate is a key marker of a transistor’s size.

Since the first integrated circuit was built in the 1950s, silicon transistors have shrunk following Moore’s law, helping pack more of these devices onto microchips to boost their computing power. However, transistors are now approaching their theoretical limits when it comes to the sizes of their gates. Below roughly 5 nanometers, silicon can no longer control the flow of electrons from sources to drains because of a quantum-mechanical effect known as tunneling.

Now scientists in China have created a transistor using graphene and molybdenum disulfide with a gate length of just 0.34 nm by exploiting the vertical aspect of the device. “We have realized the world’s smallest gate-length transistor,” says study senior author Tian-Ling Ren, an electrical engineer at Tsinghua University in Beijing.

To envision the new device, imagine two steps in a stairwell. On top of the higher step is the source, and on top of the lower step is the drain, both of which are made of titanium-palladium metal contacts. The surface of the stairwell, which acts as the electrical channel connecting the source with the drain, is made of a single layer of molybdenum disulfide. Underneath that surface is a thin layer of electrically insulating hafnium dioxide.

Inside the higher step is a sandwich of several layers. The bottom layer is a sheet of graphene, which consists of a single layer of carbon atoms. On top of it is a block of aluminum covered in aluminum oxide, which keeps the graphene and the molybdenum disulfide largely separated, except for a thin gap on the vertical side of the higher step. Both the higher and lower step sit on a silicon dioxide layer on a 5-centimeter silicon wafer.

When the gate is set to its on state—so electricity can essentially flow down the steps from the source past the graphene to the drain—the gate is effectively only 0.34 nanometers wide, the same width as the graphene layer.

“In the future, it will be almost impossible for people to make a gate length smaller than 0.34 nm,” Ren notes. “This could be the last node for Moore’s law.”

In 2021, a different group reported a vertical transistor made using molybdenum disulfide with a gate length of 0.65 nm in its on state. This new work pushes the scaling limit for gates further to “just the thickness of a single layer of carbon atoms,” says Huamin Li, a nanoelectronics scientist at the State University of New York at Buffalo, who did not take part in this study. “It will be hard to beat this record for quite some time.”

In transistors, gate on and off states typically differ in length when electric fields are applied, but this effect is usually not significant at larger scales. In this new device, when a voltage is applied to the gate to switch it to its off state, this makes the gate effectively 4.54 nanometers long, a difference that can prove an advantage. [READ MORE]